Having explored Canadian parks together since 2001, Emilie and I thought we might have something worthwhile to say to other dads and daughters about what wilderness camping can teach. So we submitted a proposal to speak at Canoecopia, billed as the largest paddlesports consumer even in the world.

But then they accepted us.

Haha. Yes, we definitely were excited to have been chosen. We also worried about whether we could offer anything worth listening to. Just a bit of research, however, showed that what made sense to us intuitively was also proven by social science.

Three ideas rose to the top in our minds: Wilderness camping leads to lifelong traditions, and traditions are healthy. The wilderness camping environment spurs conversation that otherwise probably wouldn’t take place. And a lack of distraction improves mental and physical well-being.

Dads, if you’re skeptical about whether your daughter wants to go wilderness camping with you when she could be at home with friends, here are some reasons to give it a try.

Consider that you can probably create more traditions in seven days of wilderness camping than you can over the course of years. The trip itself can become a tradition for a dad and daughter.

We started journaling together and now have several notebooks documenting each day of every trip to look back on. Among other traditions, we began cooking together and experimenting with different recipes for our trips and at home.

Much research has shown that traditions have psychological benefits.They create stability and routine, both important to kids. Memories that come from tradition are far more special and long-lasting than any toy or monetary gift you might give to your kids.

There’s a lot to do on a wilderness camping trip, and in some ways there’s nothing to do. It’s the nothing-to-do part that’s so valuable.

In the woods, you slow down. You’re not “so busy.” There’s time to notice your surroundings. You can sit around doing nothing and not feel like you’re being lazy.

Doing nothing can improve creativity and mental health.

When you’re in thewoods, your daughter isn’t leaving to goto a friend’s house for dinner. There’s little to no chance you’ll eat separately. That means, on a week-long trip, you’re going to have 21 meals together, or, 21 chances for organic conversation to occur. Twenty-one meals without a text notification or Snapchat message.

We encourage you not to bring cell phones. If your phone is your camera, keep it on airplane mode to prevent an incoming call or text. If you’re in Canada, you might want to turn off all possible means of connecting simply to avoid international charges from your carrier.

Study after study documents the psychological and physical benefits of connecting with nature. Take it from the Department of Conservation in New Zealand, a spectacularly beautiful place on Earth. Spending time with nature can increase self-esteem, improve concentration and cooperation, and prevent childhood obesity, among other benefits.

It’s hard to connect with nature when you’re connected to the Internet.

“It’s the moments that I stopped just to be, rather than do, that have given me true happiness.”
– Richard Branson 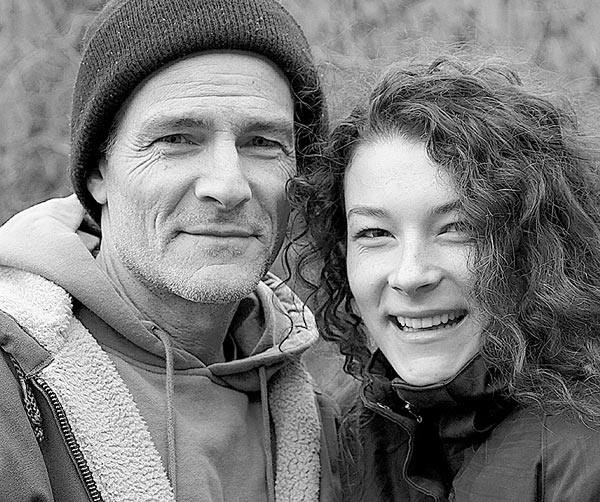 We’re a dad and daughter who love the outdoors. Through camping and hiking we build memories and mutual respect. See what it’s all about.